This is a story about four paintings… 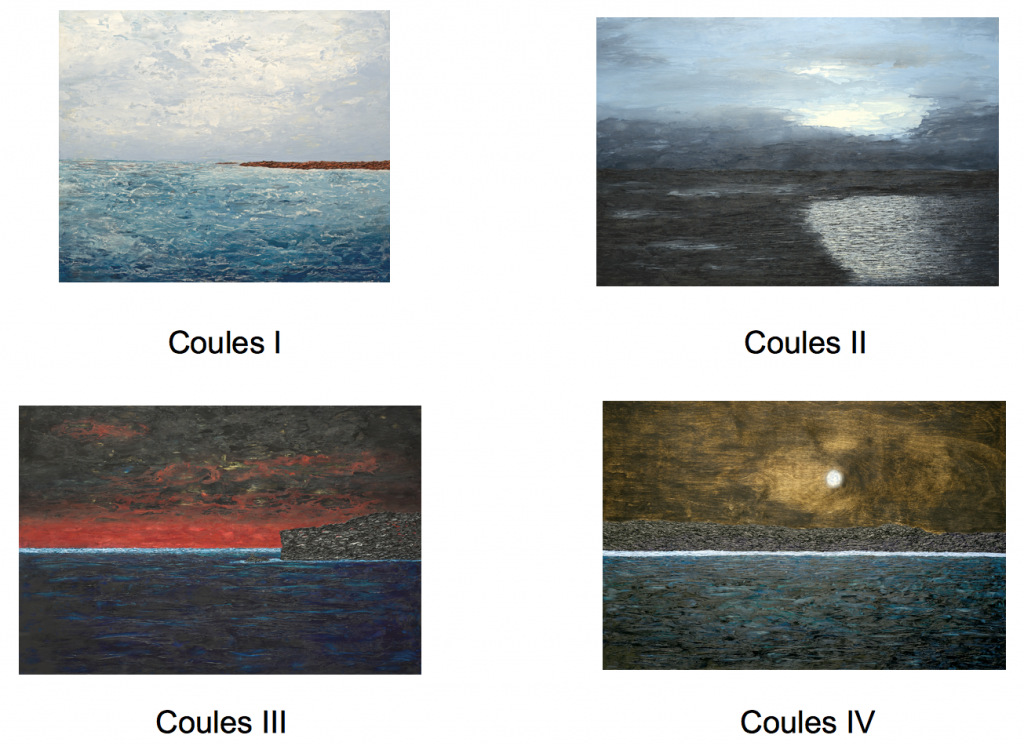 This sequence of four oil and wax paintings is dedicated to the memory of an exemplary young man who passed away after a long battle with cancer. Before I had painted these, I met his family at a fund-raising event at the Princess Margaret Cancer Centre where his father spoke about his son’s passion for life, his courageous battle with cancer, and his love of water. It was a very moving tribute. I typically have a title for a painting in mind, if not before I begin a painting, then by the time it is finished. This was not the case with these paintings. I hadn’t realized until I was finished the series that I had wondered, at some point while working on each one, if this young man who had loved water would have liked the painting. When I came to this realization, I contacted the family and asked for their permission to consider letting me name these paintings in memory of their son. I’m honoured they gave their approval. These paintings were all displayed at Circle Arts Gallery in 2014.

There’s more to this story…

When I relayed this story to the proprietors, they mentioned that a client of the gallery had come in and that they discussed this series of paintings. She had purchased a painting of mine when previously visiting the gallery (in 2013), just after returning from a spreading of ashes ceremony on Manitoulin Island. She felt that the artist had a real “connection” with the Georgian Bay area. This client was the young man’s future sister-in-law. She had purchased a painting by me before I had attended the cancer research fundraising event where I met the family for the first time.

If you found this article interesting, subscribe to receive information about my work and creative process, and also get access to my free ebook about becoming more creative.

Send a message to Michael C 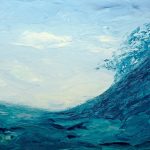